“I was telling my husband this thinking he would be excited about the gift card, but he doesn’t think I should have emailed the manager at all, and that I overreacted.” Are you on team wife or team husband?

There’s nothing quite as precious as baby sleep. I remember when my kids were babies, I would go for endless walks. They slept best in the pram, so I enjoyed the sunshine and some incidental exercise and partook in the odd takeaway coffee here and there.

It was actually my happy place – wandering around the shops aimlessly with a takeaway coffee in hand gazing down upon my sleeping baby, happily being pushed around while they dreamed of most likely their next feed.

I knew never to stop walking because mummy-karma would have them awake and screaming the second a hot cappuccino was in front of me not in a takeaway cup. 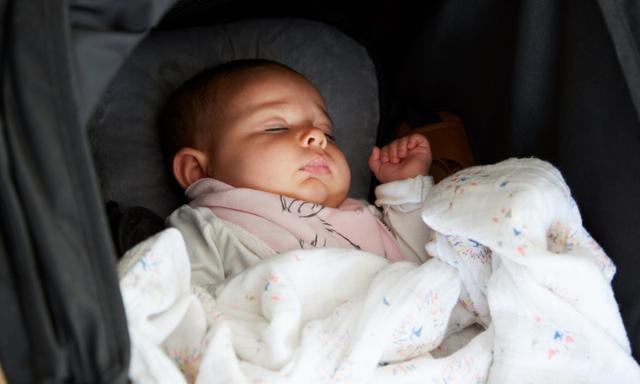 A sleeping baby makes for a relaxed mama. Image: iStock.

“I was struck by how loud their coffee grinder was”

One mum must not have received that memo, along with the one that says, “You cannot press mute on the world just because your baby is sleeping.”

“The coffee shop near my house just reopened, so I went in for a coffee on my afternoon walk with my nine-month-old daughter yesterday,” the woman wrote in her post.

She said it wasn’t busy and there weren’t many staff on, so the service was slow but she was OK with that.

“But the second I walked in, I was struck by how loud their coffee grinder was,” she continued. “It wasn’t just shut off in a few seconds though, but kept going and going, since the 3rd barista was grinding a HUGE bag of coffee all at once.”

The woman said it took less than a minute for her daughter to wake up and start crying, so she made a rather odd request… given she was sitting in a coffee shop.

“I ask the barista if she could stop using the coffee grinder as it’s disturbing my baby,” she said.

She went on to say that she managed to her daughter back to sleep and the coffee grinder started up again.

“At this point, I snap at the barista for turning it on when I’m still there, as she can clearly see that she has caused my daughter to cry again,” she said.

The barista explained that she was doing something else with the grinder which was more urgent, but the woman was aghast, asking “could she have really not waited until I left?”

In the end, the other baristas were less than pleasant when interacting with the frantic mother, so she went home to complain about them.

The manager responded with an apology and a free gift card to smooth things over, but when the woman told her husband, he was less than impressed.

“He doesn’t think I should have emailed the manager at all, and that I overreacted,” she said. “But the manager agrees that I was wronged here.”

Thinks this is ridiculous? Read this wedding guest’s outrageous RSVP that left the bride-to-be in utter disbelief, see why this mum is furious about ‘outrageous’ childcare late fees, and one mum confessed she wanted her old life back. 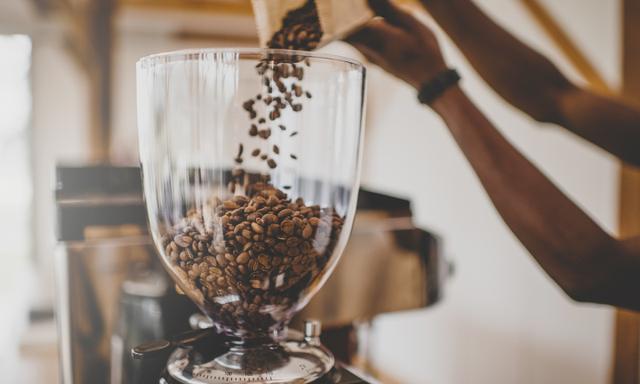 Coffee grinders can be loud… but also expected in a coffee shop. Image: iStock.

The good people of Reddit were pretty much in agreement on this one.

One pointed out, “the manager doesn’t agree with you. He just gave you the good service speech and a gift card so that you won’t harm his business by bitching about it.”

And plenty pointed out that nobody else should be adjusting their lives for someone else’s baby.

One pointed out, “It’s extreme entitlement to actually expect them to stop doing their work until she leaves,” questioning who would take a baby out during a pandemic anyway.

And this just really summed up the ridiculousness of the woman’s request:

“Goes to an airport… ‘Um, can you stop making the planes take off? You’re disturbing my baby’.”

Reviewed By This Is Article About Baby sleep etiquette: Mum complains to cafe for noisy coffee grinder was posted on Monday, June 15th, 2020 have 5 stars rating.

Dairy-free milk options you can get online

Soy, almond, macadamia, cashew, oat, you name it – dairy-free milk is growing in…

How one coffee business is adapting to Covid-19 changes with a new support scheme – TheJournal.ie

Angel Medina of Reforma Roasters and La Perlita. “I thought I was done with Port…