It’s only been a little more than a month since That’s Sanya started our weekly series on the best place for a foreigner to get their caffeine fix in Haikou. During that time we’ve covered what has to be the cheapest fresh brewed cup you’ll find anywhere in China, an upscale coffee garden, the oldest third wave cafe in the city, their sister shop downtown, and a quirky hotel coffee shop that—behind a facade of fake books and westernish food—hides a Specialty Coffee Association barista training school.

Since Hainan island has an entrenched coffee culture that existed long before Starbucks or Luckin, we’ve got plenty more places still left to cover with each and every one of them being a stand out and unique ‘best in class’ coffee shop. 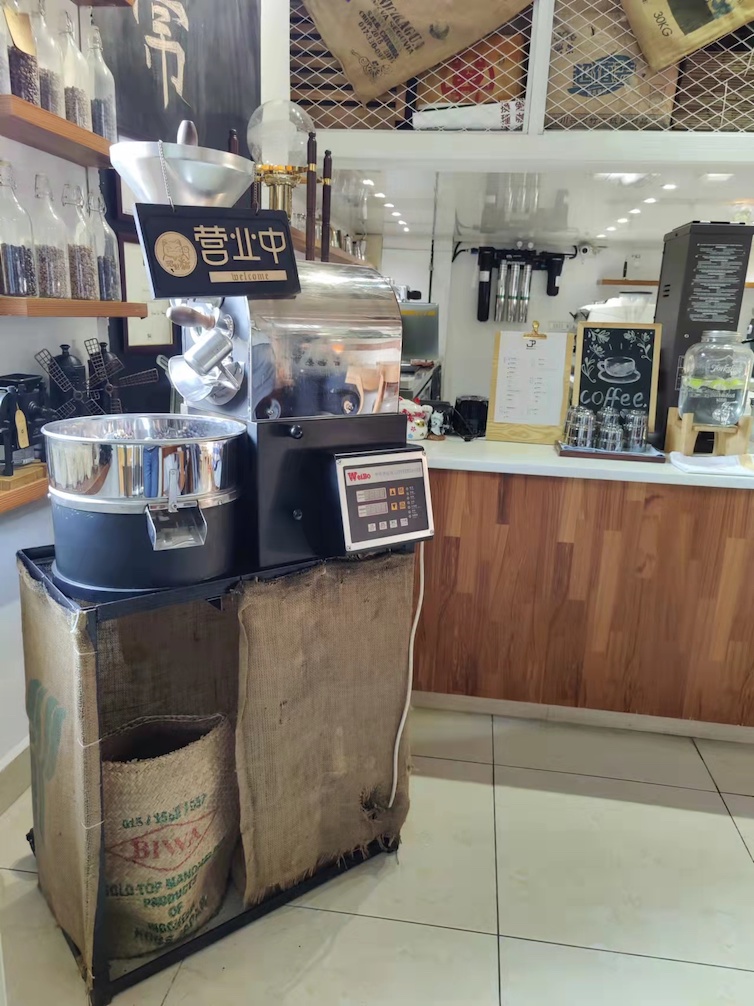 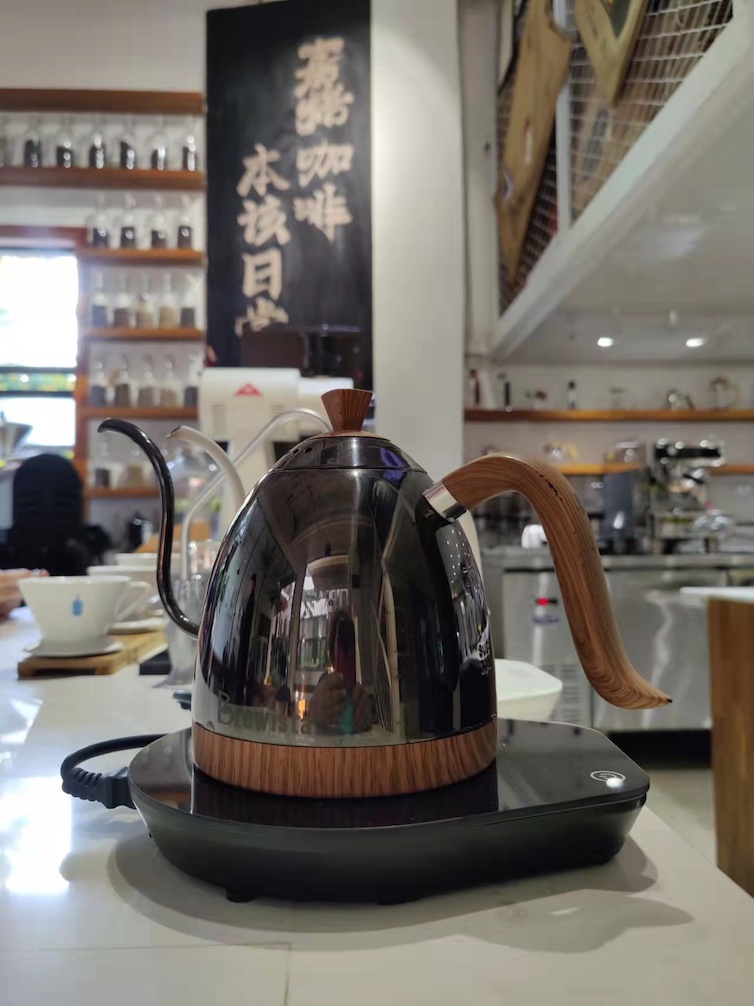 Sharing their bathrooms with the lobby of the hotel they are behind, Great Roast manages to outdo last week’s featured cafe in both the quality of their coffee and the mankiness of their bathrooms.

Sometimes the bathrooms at the back of the hotel lobby coffee shop (which I’ve never actually seen open) are unlocked and it’s possible to use those. Still lacking paper, they at least have a sink (with soap no less!) and walls that you likely won’t mind accidentally touching. 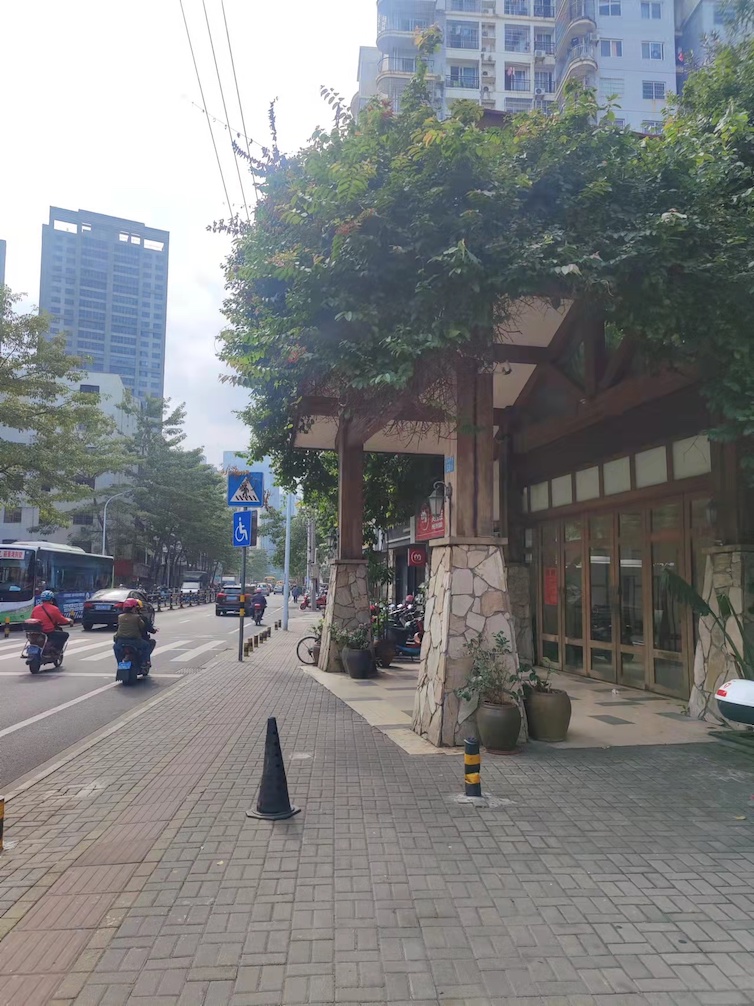 Lanting, the hotel in which Great Roast is located, is one of a number of oversized, overly nice facilities that seems completely out of place to the general surroundings. Rewind 25 years to when Dayingshan was still the Haikou Airport and not the name of some roads in a CBD that has an unusually wide, straight, and runway-shaped main road and then it all starts to make sense.

Assuming you’ve come by taxi, bus, bike, or foot and aren’t parking in the rear lot, you’ll enter a huge atrium style lobby and head straight for the rear left corner. On your way you’ll pass a probably closed lobby cafe which is at least three times the size of Great Roast but is not your destination. 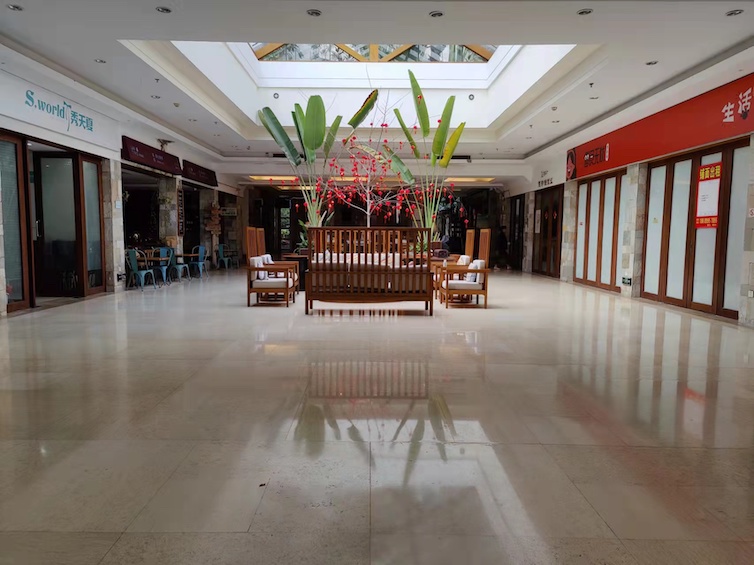 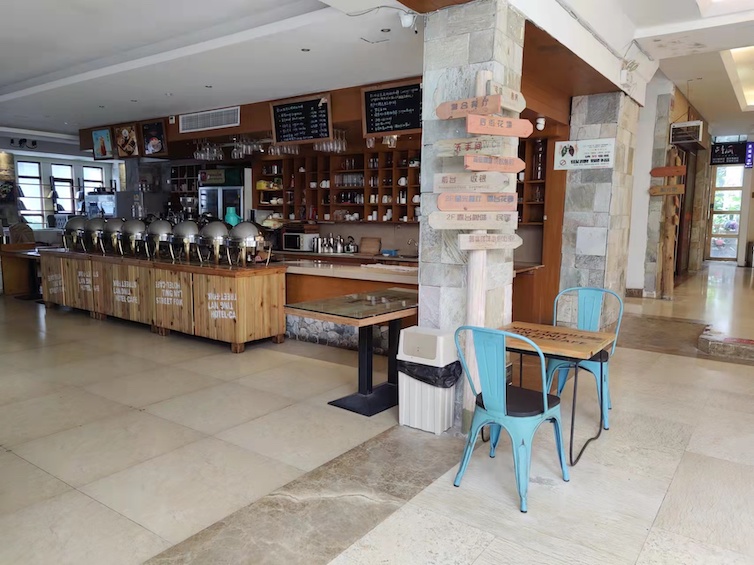 Your destination is the garden space out the door next to the elevators where from noon until late, provided you start by buying something, they’ll tempt you with free taster cups of whatever they’re currently making for themselves. 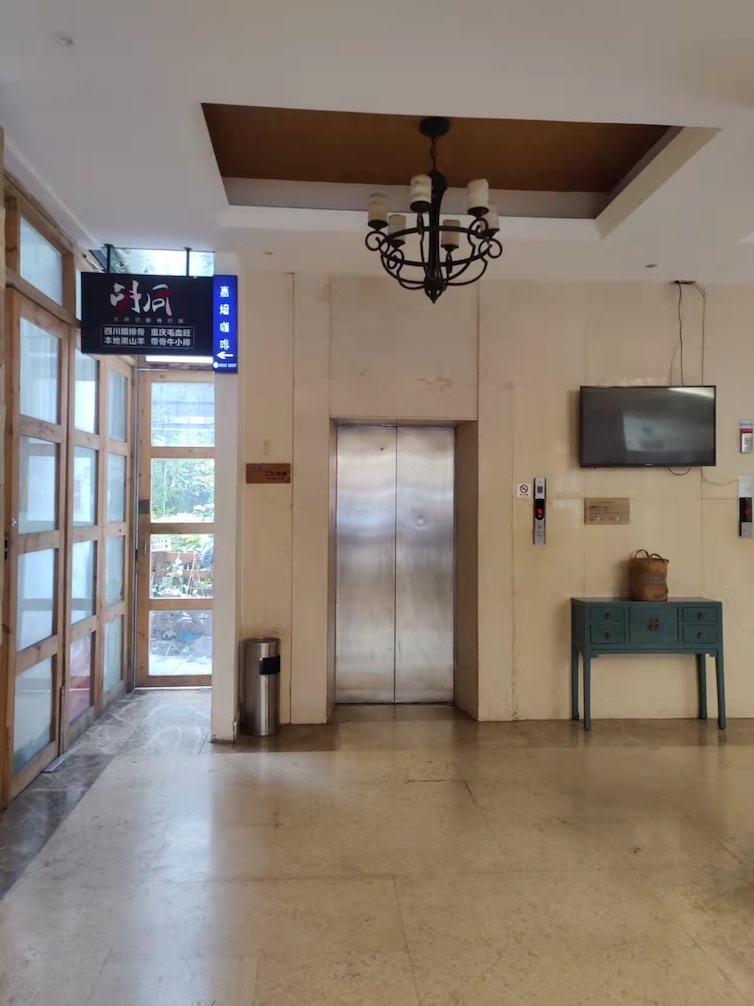 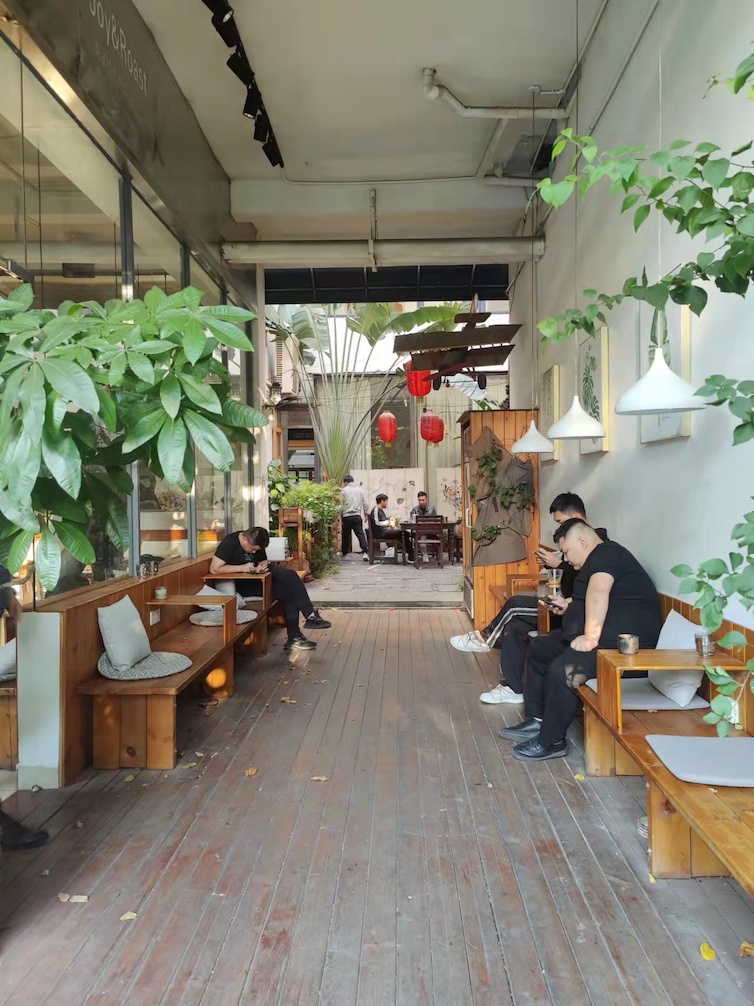 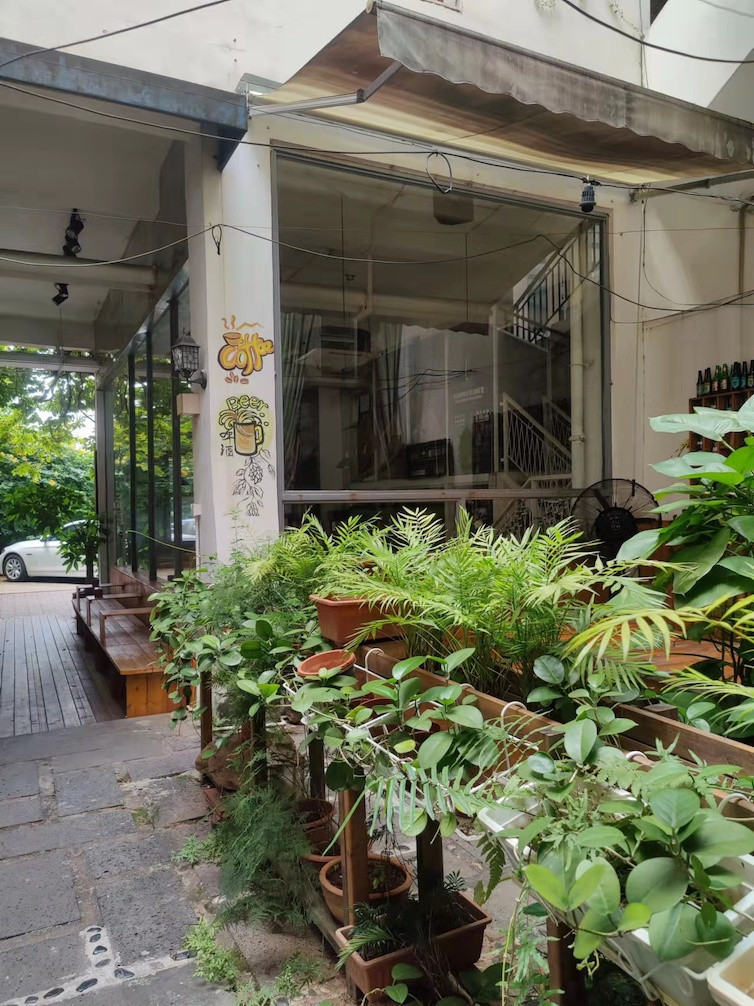 My current favorite here is a drink called the Little White (??) which features frozen cold brew concentrate and a pitcher of sweet milk. 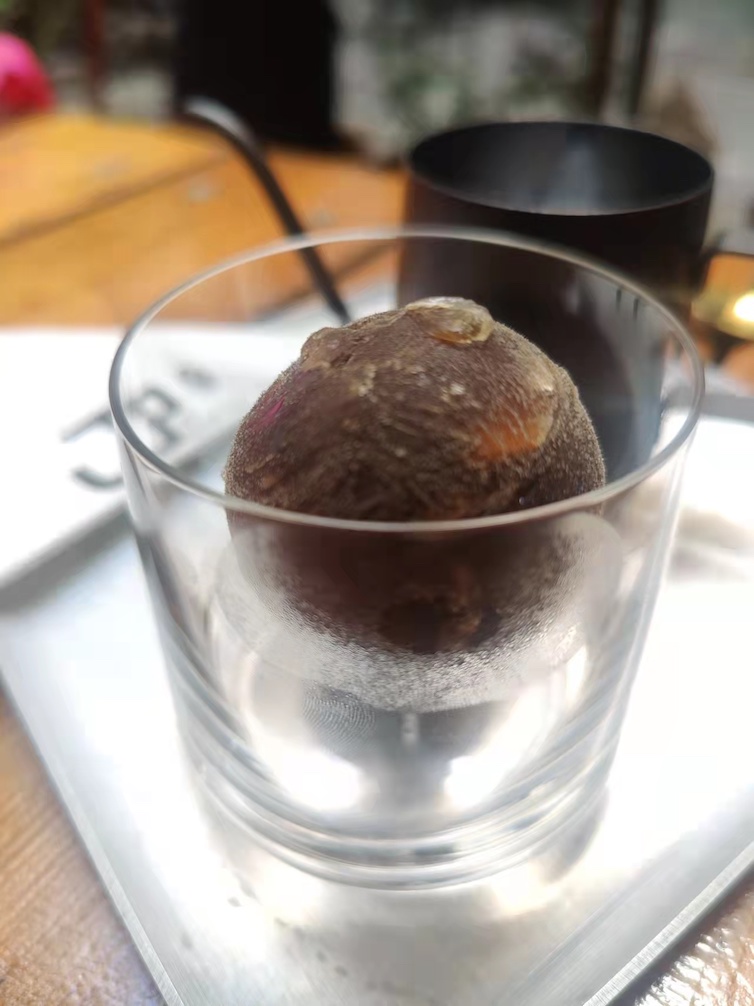 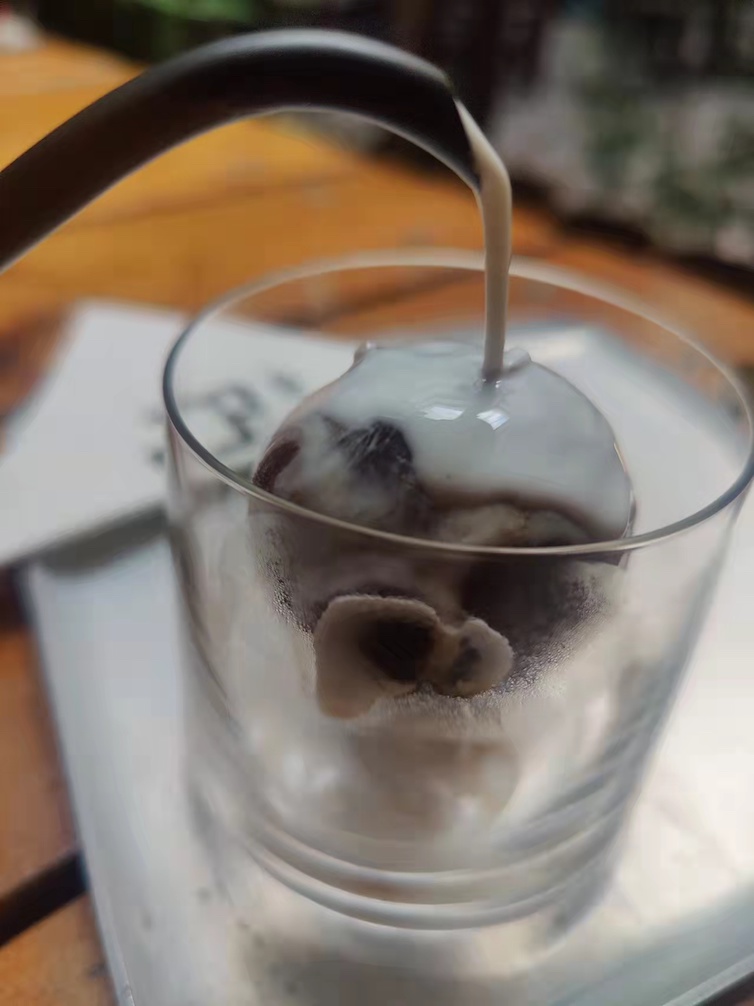 In terms of flavor, quality and all those other metrics, it isn’t as good as their pour overs or espresso shots but it’s refreshingly unlike anything I’ve had elsewhere and, as previously noted, they have a tendency to provide a substantial quantity of free tastes to people with a known track record of buying coffee beans to take home. 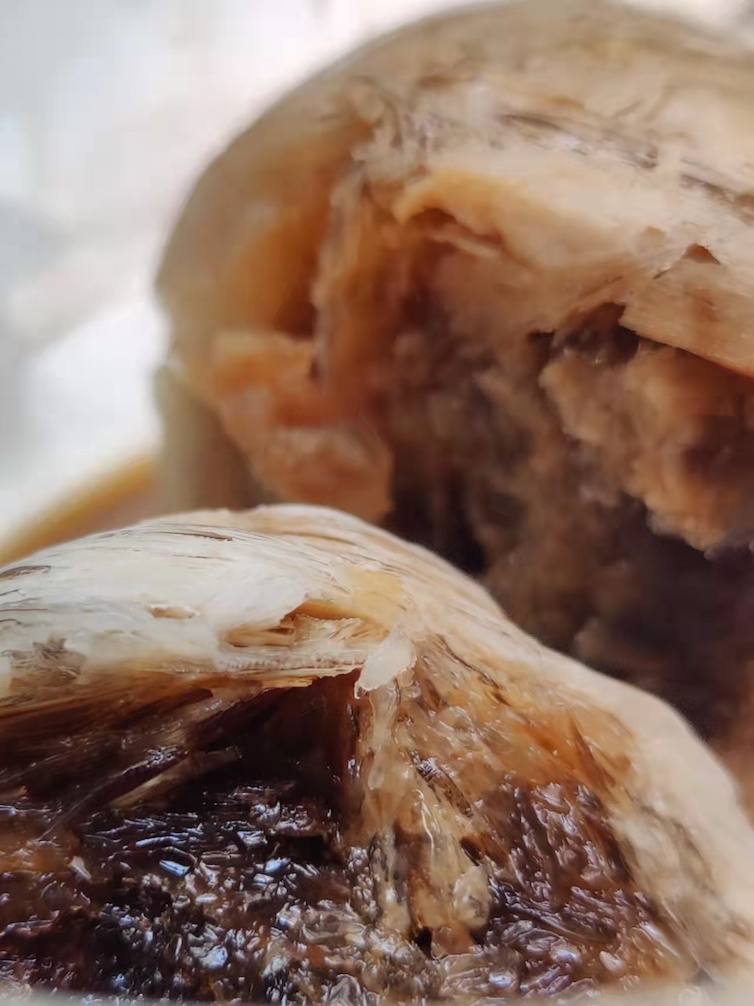 If the lobby cafe bathroom is not locked, I’ll stay at Great Roast until I start getting the caffeine shakes. If it is locked, I’ve got a good idea of how long it takes me to get to the public bathrooms in People’s Park. Once again, if you are so blessed that you can pee standing up, this may not be a problem for you. 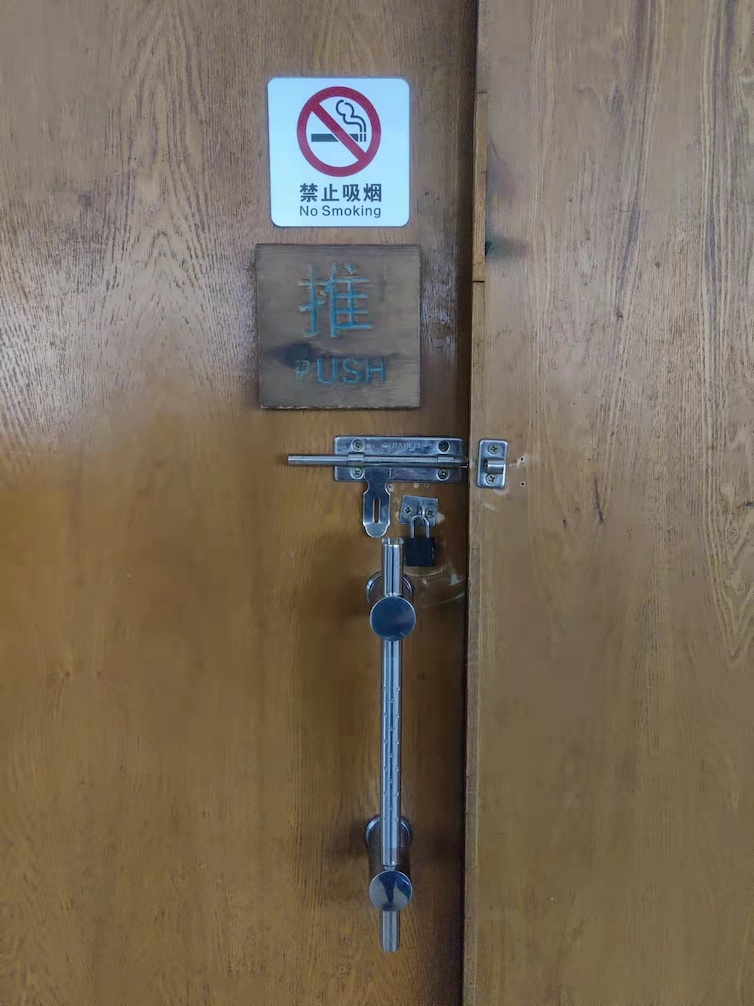 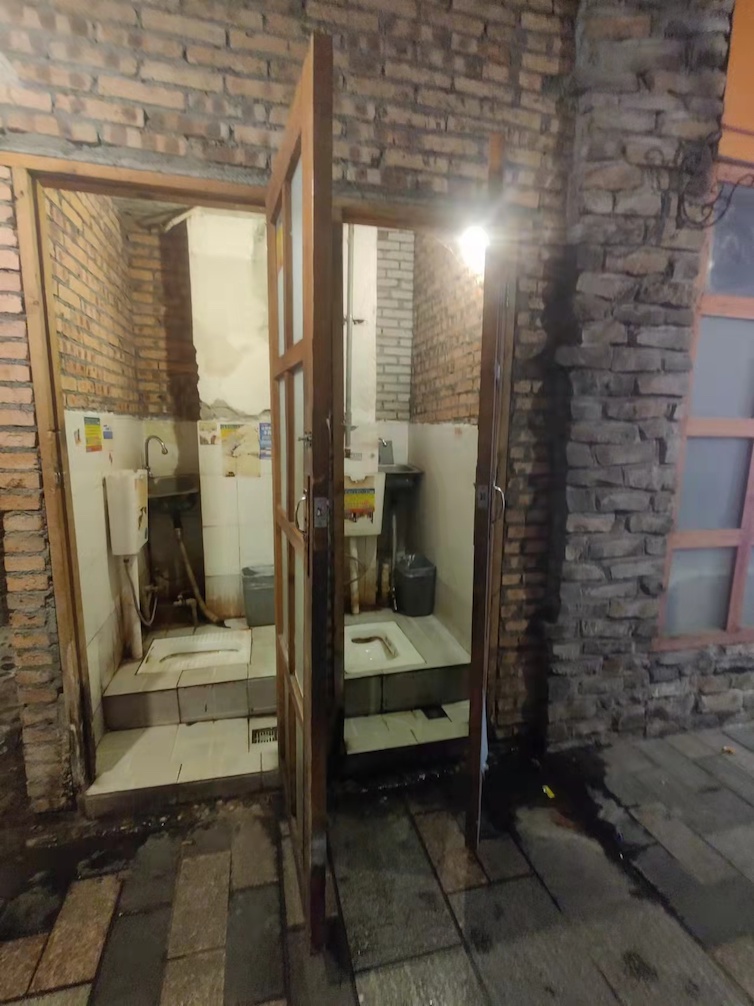 The key focus of business at Great Roast is wholesale of beans to other cafés. If you’ve had the decaf coffee at Sweet Aroma, you’ve had coffee from Great Roast. As a result, this café is very much not a trendy photo-taking influencer-hangout type whose owners want customers to pass through as quickly as possible. Instead it is a space which encourages people to stay, talk, and hopefully make purchases much larger than a few cups. Every table—even the outdoor ones—has a power point you can plug your laptop into. The smokers’ ashtrays outside are regularly emptied. If you’re there in mosquito weather, they’ll light a bug coil for you without being asked. As a result, even with the crapshoot regarding the bathrooms, it’s an excellent, excellent place to go. 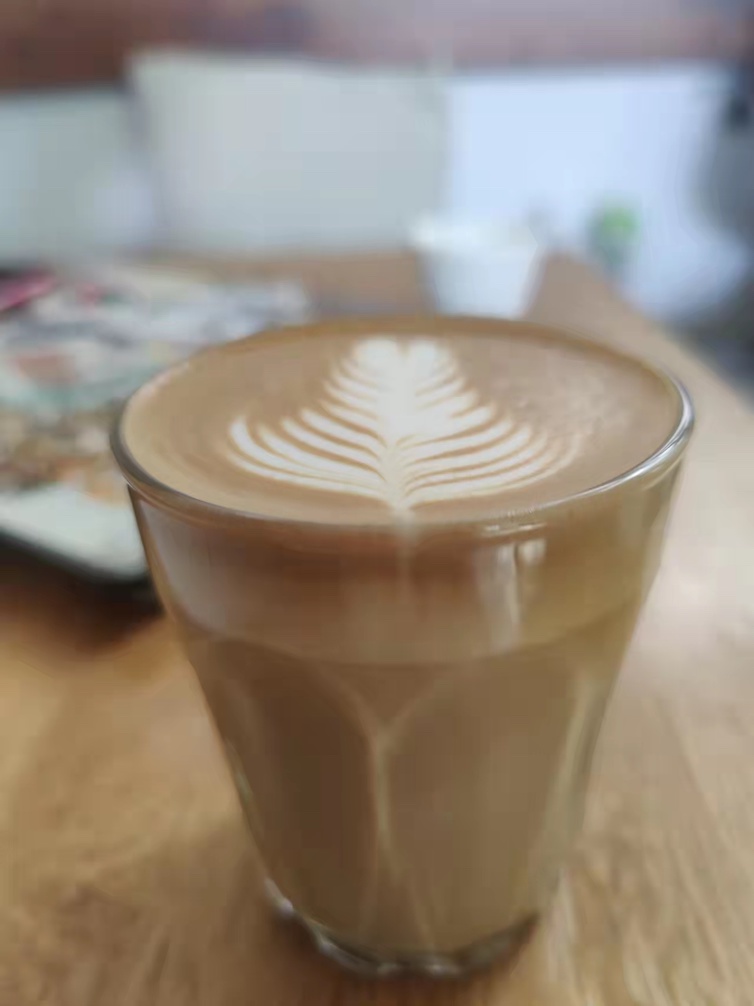 A
translator living in Hainan for 17 of her 19 years in China, Marian
Rosenberg is best known for her annual cycling trips through rural
China. These trips not only have her blogging on Cycleblaze (username:
brucianna) and helping people out on the Travel in China During Covid
groups (Cyclist Translator), they’ve also landed her in the Washington
Post’s travel section and are the reason she has more than 40,000
followers on Douyin (????).

[Images by Marian Rosenberg for That’s]

Stay up to date on all things Sanya. Find us on Facebook, Instagram and
WeChat (Search for SanyaPlus) or scan the QR code below. Click ‘follow’
to get daily info about Sanya – from hotels and holiday options,
beaches to mountains, restaurants to nightlife, fitness to spas – as
well as talking to the diverse people who make Sanya the destination it
is.

Reviewed By This Is Article About Great Drinks at Great Roast Microroastery – Thatsmags.com was posted on Saturday, December 4th, 2021 have 4 stars rating.

More infectious than the coronavirus changing our lives, is the spread of kindne…

Parks on Tap and PHS POp Up. a new pizza spot in Narberth and more outdoor dining fun | FYI Philly

Nowadays, being vegan is quite simple (and SO worth it.) But add on other dietar…