Home › Coffee and Health › Hoping for a post-pandemic recovery — one pizza, coffee and ice cream at a time

Hoping for a post-pandemic recovery — one pizza, coffee and ice cream at a time

It’s been almost exactly 14 years since the two men behind a successful, local coffee business opened their first location in the old Calgary Farmers’ Market.

And despite all of the challenges brought on by the year-long global pandemic, ever-changing health and safety restrictions and the city’s uncertain economic future, Phil Robertson and Sebastian Sztabzyb insisted on following through on plans to expand their business.

And they aren’t alone — two other local restaurants are joining them with a pandemic opening.

It’s a decision that defies the state of an industry that has seen 10,000 restaurants close across the country over the past year, shedding more than 300,000 jobs, according to industry group Restaurants Canada.

The two men behind Phil and Sebastian’s Coffee Roasters have joined forces with two other Calgary entrepreneurs to open side-by-side-by-side on the western edge of Murdoch park in the inner-city community of Bridgeland.

Phil and Sebastian’s is sandwiched between Village Ice Cream and Una Pizza in a new building on 7A Street N.E., not far from from their flagship location across the river in East Village.

It’s a risky move for the now 43-year-old entrepreneurs and self-described coffee nerds. It’s their seventh location, but only six are open (a downtown location on Stephen Avenue is temporarily closed.)

“Obviously, when the pandemic hit we had to re-evaluate every decision we’ve ever made. This was one of them,” said Sztabzyb standing in the new café, which covers about 1,500 square feet, or 140 square metres.

The two spent nearly $500,000 on the new café — and that’s after the budget was tightened and some features were dropped to save money.

They’ve hired four full-time and two part-time employees to start, but the hope is to bring in more as restrictions for restaurants ease.

Their menu has been has been pared down, operations have been tightened up — and they’ve shed about 30 employees.

While a grand opening is usually cause for excitement, there is so much uncertainty.

Phil and Sebastian’s — which early on in the pandemic saw sales plunge between 80 and 90 per cent at some locations — were able to stay afloat in part because of government subsidies that helped them pay their employees and their rent.

“It was really a true questioning of like, what’s going on? Are we even going to be here in three months?”

Next door to the coffee shop is Una Pizza, which says it has hired 35 people. On the other side is Village Ice Cream, which is also rolling the dice with a grand opening during a pandemic.

“It’s difficult to spend money right now. And it’s hard to know how things are going to turn out,” said Billy Friley, the company’s founder.

He’s got three store openings under his belt, but none like this.

Friley says the pandemic affected the timeline for ordering supplies and equipment and there were issues related to inventory and shipping. Goods that usually take six to eight weeks to arrive took twice as long. The store’s opening was delayed by a month.

His shop is smaller than the café next door, but the cost of opening was significant: more than $500,000 to get everything in place and up and running.

The three businesses started the plan for this venture a year before the pandemic hit and say it might have been just as risky to pull out.

As perilous as opening an ice cream shop in the winter in Calgary can be, Friley says he had to consider all of the commitments he made to his landlord and suppliers — not to mention his new next door business besties.

“Once the wheels are in motion, it’s very hard to kind of have an alternate plan, without putting a huge amount of pressure and ultimately risk on the business model,” he said.

“As long as we could keep the rest of the business rolling down the road, and meet or come close to meeting our targets, then we were able to continue on with this project.”

1 in 5 businesses at risk of closing

Operating a business in Alberta in the past year has been fraught with risk and unpredictability.

Last year, 226 businesses and 128 corporations either went bankrupt or filed proposals with their creditors to try to settle their debts. It’s unclear how many of those are in the food service sector.

That’s on top of the nearly 17,000 consumers who either went bankrupt or filed their own proposals, according to StatsCan. 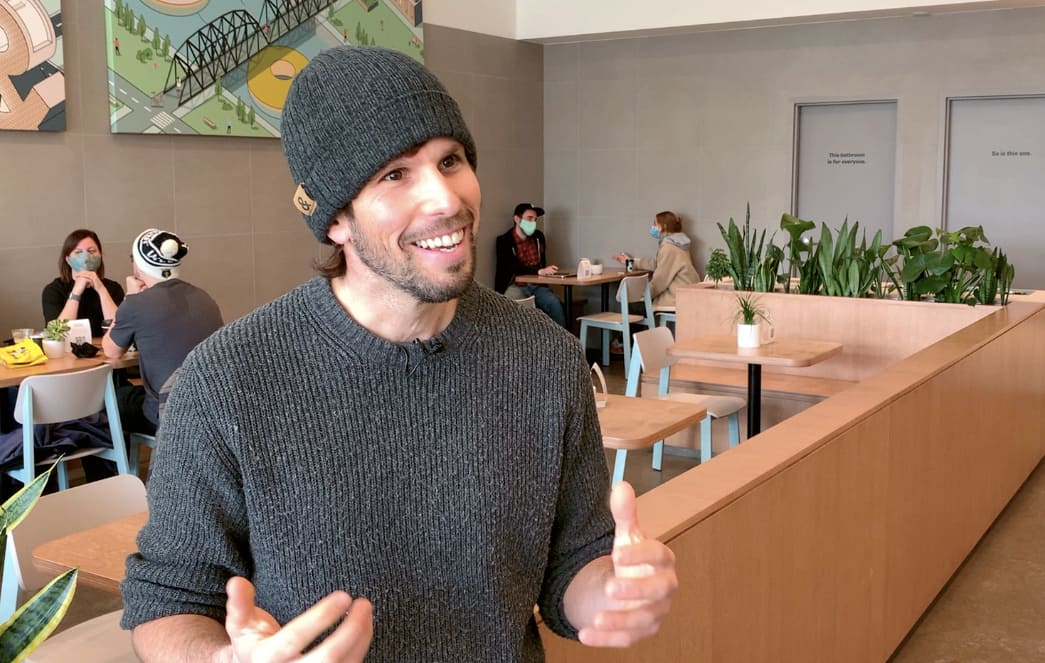 The Canadian Federation of Independent Business (CFIB) says it’s encouraging to see new, local businesses take a risk, but it agrees with Friley that it can be very difficult to back out because of the contractual obligations to lenders and suppliers.

“It is definitely encouraging and really a testament to the entrepreneurial spirit of the province,” said Annie Dormuth, who is the Alberta director for the CFIB.

“However, you have to keep in mind a lot of these businesses are opening because they had to,” she said.

While optimism appears to be gaining steam with the easing of restrictions and the increasing number of Albertans who are getting immunized against COVID, there is lingering pessimism.

Dormuth says her group surveyed small business owners in Alberta who say one in five are at risk of closing. She says that equals 34,500 businesses which employ 600,000 people

“We are definitely not out of the woods in this pandemic.”

Perhaps that is why Restaurants Canada is asking the federal government to extend rent and wage subsidies to April 2022.

Rebirth of a community

The community is welcoming the three new businesses with open arms.

“You can’t go wrong with coffee, ice cream and pizza, that’s for sure,” said Ali McMillan of the Bridgeland Riverside Community Association.

McMillan doesn’t have a precise tally on how many businesses in her community have been forced to close since the pandemic was declared a year ago, but she says many “mom and pop” type stores are struggling.

“People are hanging on by a thread.”

McMIllan says people are supporting local businesses and restaurants during the pandemic and what’s exciting for her community is the continued building of multi-family, mid-rise condo and apartment blocks.

“So hopefully we’re seeing, you know, a rebirth of Bridgeland.”

It’s a new beginning for these local businesses, which are quickly learning how to adjust during a pandemic and how to survive after the crisis.

Sztabzyb is hopeful people will return to their old habits and routines, which include stopping in for coffee.

He says the crisis has also taught them to appreciate their customers even more.

He says he now “lights up” when a customer walks in.

“In a normal era, where you’re just like, ‘Oh, it’s just another body coming through.’ Now, it’s like, no, it’s a person and we’re grateful to see them.”

It’s a long-term commitment that is likely welcome news for the nearly 70 people who have been hired so far — with possibly more hires post-pandemic.

“I think that we will bounce from this. It will take some time, and Calgary, in particular, has some challenges. But I do think that Calgarians are resilient, and we’ll get through this.”

Bryan Labby is an enterprise reporter with CBC Calgary. If you have a good story idea or tip, you can reach him at bryan.labby@cbc.ca or on Twitter at @CBCBryan.

About "Hoping for a post-pandemic recovery — one pizza, coffee and ice cream at a time"

Reviewed By This Is Article About Hoping for a post-pandemic recovery — one pizza, coffee and ice cream at a time was posted on Wednesday, March 3rd, 2021 have 5 stars rating.

LISTEN: To require masks or not? Food service workers criticized from both sides.

THIS NEWS RELEASE IS NOT FOR DISSEMINATION IN THE UNITED STATES OR TO U.S. PERSO…

Philly’s small businesses still don’t know when they can open, but they’re ready to go

TL;DR: Some of Philadelphia’s small-business owners are gearing up to reopen the…