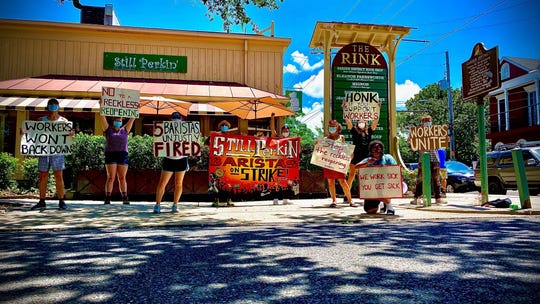 When Charlotte Wilcox was called back to work in May at Still Perkin’ Cafe, a coffee shop in New Orleans’ posh, oak tree shaded Garden District, she and four other baristas came with a list of demands. They wanted more money, $15 an hour while the city was in phased reopening to cover lost tips. But most of their 10 demands were about safety and receiving the paid leave required by the federal government during the coronavirus pandemic.

“We really don’t want to go back to work. We don’t feel safe,” Wilcox said.

The owners would not meet the demands, so now three days a week Wilcox, her fellow baristas from Still Perkin’ and members of the New Orleans Hospitality Workers Alliance, a group that supports local workers, picket outside the coffee shop.

New Orleans is a food city. That also makes it a city full of restaurant workers, who often work long hours for low pay and rarely receive benefits. In the coronavirus pandemic, tourism and hospitality are two sectors with some of the worst rates of unemployment. That has caused New Orleans, according to a June report from The Data Center, to suffer the highest per capita unemployment rates in the state.

As cooks, waiters, bartenders and baristas sat at home with no work due to stay-at-home or quarantine measures in place, many thought about their former jobs and asked whether they should demand more from these establishments. Some restaurant owners are also questioning how they operated their businesses, what they asked of their staff and what they gave them.

Restaurants, the ones that survive, will be different when they fully reopen after the coronavirus pandemic subsides. Most restaurant owners believe that. But will they be better for the people who work there? 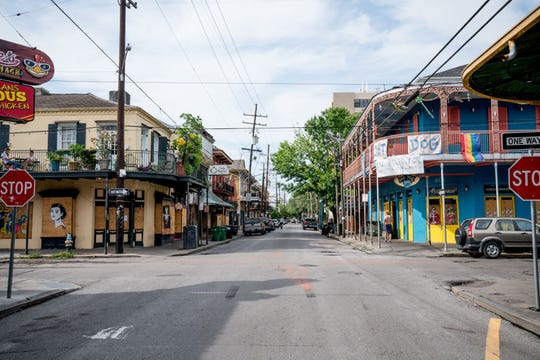 Wilcox and her fellow Still Perkin’ baristas, guided by the New Orleans Hospitality Workers Alliance, followed the steps the law provides for workers. When a group of workers presents their boss with workplace demands, it is considered “concerted activity” and employers cannot retaliate against workers for these actions, although that does happen.

“You have a right, but you have to understand there is a potential price to be paid for exercising that right,” said Erika Zucker of Loyola University’s Workplace Justice Project, which provides legal help to New Orleans workers.

Kathy Redmann, an owner and the manager of Still Perkin’, said she has implemented the safety measures demanded by the workers, like providing masks and other PPE. She could not, she said, meet their request for $15 an hour pay, offering instead $9.

“I can only offer what I can afford,” Redmann said. “The two months we were closed, I’m paying rent, I’m paying utilities. I had to put more than $17,000 into the business.”

Redmann also refused to give the employees paid sick leave and family leave, which is required through the end of 2020 by the federal Families First Coronavirus Response Act for businesses with fewer than 500 employees when staff are under quarantine or isolation, experiencing COVID-19 symptoms or need to care for someone due to COVID-19. The act applies to both full-time and part-time workers.

The workers filed a complaint with the National Labor Relations Board, which both investigates and prosecutes violations. In the case of Still Perkin’, however, the NLRB refused to consider the charges, since the cafe said it grossed less than $500,000 the year before. So the workers continue to protest.

“When your back is against the wall, what are you going to do? Are you going to sit down or fight back?” said Ashlee Pintos, an organizer for the New Orleans Hospitality Workers Alliance and herself a hospitality worker.

Robert LeBlanc, who’s company LeBlanc + Smith runs four restaurants and a bar in New Orleans, knew his staff often worked too many hours. His kitchen staff was making too little money. But he didn’t know how to fix it.

“Nobody had time to stop and look at the model objectively, because we’re all moving. I was as guilty as anybody. I didn’t want to risk losing 150 jobs,” LeBlanc said. “But COVID gave us the opportunity.”

In the weeks when COVID-19 shut down his businesses, LeBlanc had time to think. His restaurants, like the French Quarter gastropub Sylvain or the whiskey bar Barrel Proof, got the kind of glowing national press that drew hip tourists. He didn’t think those visitors would be coming again any time soon. LeBlanc had to figure out how his businesses could not just survive but profit with half the customers. And somehow, he also had to treat his staff better.

“The culture of restaurants has always been pretty grueling,” he said. “Other industries have evolved. It just doesn’t seem like there’s been many innovative thinkers in restaurants.”

LeBlanc cataloged every action his staff took, from the time a customer walked in until they left. There were 28. He cut that to 12.

Some changes customers will notice. They’re encouraged to order appetizers and their first round of drinks from the host before they even sit down. A cook will bring plates to the table instead of a waiter or food runner. Other changes, LeBlanc believes, won’t even be noticed. They were useless things that were done because they’d always been done before. 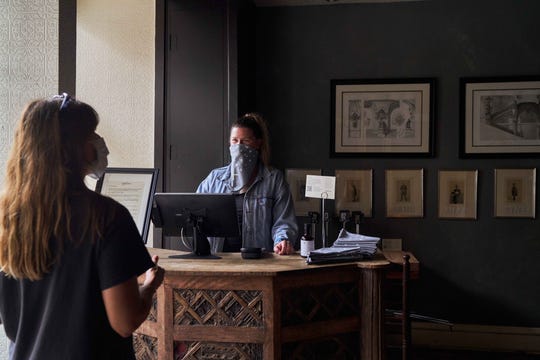 At Sylvain in New Orleans, part of the LeBlanc + Smith restaurant group, customers are encouraged to order drinks and appetizers at the host stand to cut down on labor. (Photo: LeBlanc + Smith)

“I think if people don’t do things that are radical in restaurants, they’re not going to survive,” he said.

LeBlanc’s restaurants, which can now operate with limited dining room capacity due to state and local restrictions, will be closed two days a week, so the staff never works more than five days. No one is hourly. Everyone gets a base salary of at least $30,000 a year. The tips are shared with the kitchen workers, who in most restaurants make far less than waiters. And everyone gets health insurance and sick leave, two rarities in the restaurant industry.

The new arrangement, he hopes, will give his staff a better life. But the staff will be smaller. Sylvain employed 46 people before the pandemic. Now it runs with 10.

“That is the trade off. You do lose jobs,” LeBlanc said. “But the upside is you can make a restaurant that would probably thrive sustainable on 50% of sales.”

For Melvin Stovall III, the coronavirus pandemic gave him time to think about his own career as a Black and gay chef. He put his thoughts on Instagram in an essay entitled “Business as Usual.” Soon after, he began receiving messages accusing some New Orleans restaurants and hotels of mistreating staff.

“This is what’s going on in the workplace resulting from unchecked capitalism,” Stovall said. “Owners’ mindset is more focused on making as much profit as possible without realizing that you’re dealing with individuals.”

After the New Orleans location of the hip Ace hotel chain put up a social media post supporting the Black Lives Matter protests, Stovall received accusations about the company’s mistreatment of BIPOC staff.

Many of the anonymous accusations were later verified by The Lens, a New Orleans investigative news site. Following the accusations, the Ace instituted new measures at its hotels across the country, including creating an anonymous reporting site. The hotel chain also hired an outside HR firm to investigate complaints.

“I’m giving the owners an opportunity to help fix these problems,” Stovall said.

Melvin Stovall III, a New Orleans chef, runs an Instagram account that has published anonymous accusation of bad behavior from restaurants and hotels in the city. (Photo: Melvin Stovall)

Now, though, Stovall has been examining his own approach of publishing anonymous accusations. He has some concerns about his Instagram account delivering drama instead of change. Melvin’s account is now private.

“I’m trying to lead by example, have these tough conversations and hold my own followers accountable based on their behaviors too.” he said. Stovall began asking workers who send complaints what they want to accomplish.

The Louisiana Restaurant Association predicts that up to 40% of New Orleans’ restaurants will close permanently due to the COVID-19 pandemic. How much leverage will restaurant workers have to demand better working conditions when nearly half their potential jobs are gone?

“I hope some of that coalition building that we did around the need to survive, when we hopefully come out on the other side of this, we will still be focused on the need for really restructuring how this economy works,” said Zucker of the Workplace Justice Project.

Pintos, of the New Orleans Hospitality Workers Alliance, does not believe that change will be easy, but she believes it is possible.

“As a Puerto Rican person, as a person with ancestral blood of people who were under chattel enslavement,” Pintos said, “to even think that because something is hard it’s not possible would just be a disrespect to everybody who came before me.”

News tips? Story ideas? Questions? Call reporter Todd Price at 504-421-1542 or email him at taprice@gannett.com. Sign up for The American South newsletter.

Reviewed By This Is Article About New Orleans restaurant workers ask for more was posted on Wednesday, August 12th, 2020 have 5 stars rating.

Pop-up coffee shop makes use of the Laemmle theater

‘Eat Out to Help Out’ scheme is used more than 10.5m times in its first week