Aldi is known for its cut-price supermarket products, but just because it’s cheap it doesn’t mean that everything is a fantastic buy.

Now, retail experts from the consumer company CHOICE have revealed the best products to shop for and what you should avoid purchasing.

From ice-cream to nappies, televisions and robot vacuums, FEMAIL shares the best and worst buys.

So what do you need to know? 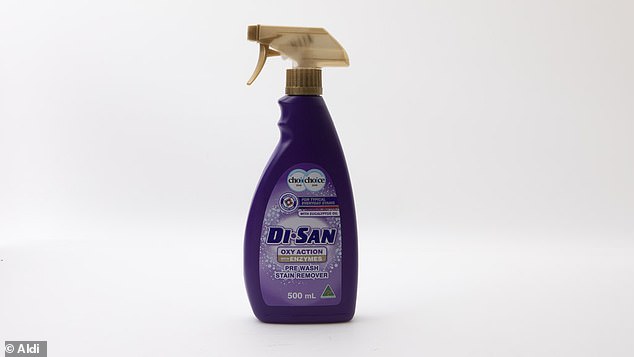 For stain removers, CHOICE recommends the Aldi Di-San Oxy Action with Enzymes Pre Wash (pictured) for its effective use and bargain price of $1.25.

What are the best Aldi products to shop for?

Aldi has many strong, essential cleaning products that can be added to your kitchen cabinet – particularly stain removers and dishwashing tablets.

For stain removers, CHOICE recommends the Aldi Di-San Oxy Action with Enzymes Pre Wash for its effective use and bargain price of $1.25.

These have a cult following online, with many homeowners swearing by the products for a number of reasons.

Choice’s experts also endorsed Aldi’s Logix Platinum 18 in one Dishwashing Tablets as they are cheaper and often better quality than other leading products.

The supermarket’s Mamia nappy range has previously received praised by happy mums, and CHOICE also strongly recommends the brand too.

Not only are the nappies one of the cheapest brands on the market, averaging about 20 cents per nappy, but they’re also a deemed a ‘high performer’ by CHOICE in their ratings. 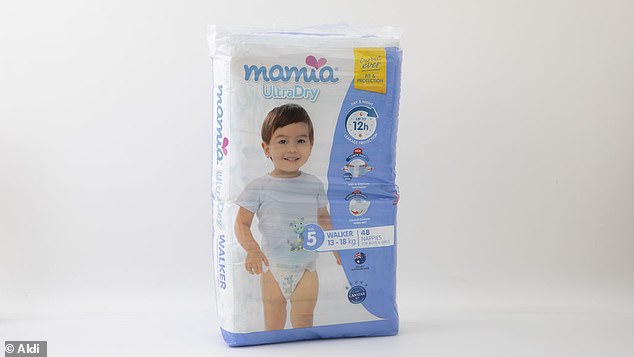 Those who have visited Aldi before may have noticed the seasonal yearly stock of ski gear, which is a convenient, inexpensive product for parents seeking to go on a trip to the slopes.

The annual range is a hit with the experts, too, who said it’s affordable and does the job well.

One CHOICE parent said: ‘Our whole family is kitted out with the Aldi ski gear and we’ve found it really competitively priced. It’s warm and well made – we’ve had some of this gear for over 10 years and it’s still going strong.’

What are the best buys?

What are the worst buys?

What are the worst Aldi buys to shop for?

When purchasing a TV, the experts at CHOICE recommend sticking to popular and familiar brand names, such as Sony, Panasonic and LG, rather than shopping at Aldi.

CHOICE TV expert Denis Gallagher said: ‘Aldi has offered pretty good value on TVs over the years, but these days there’s more competition and prices are coming down across the board’.

Denis also mentioned the Aldi television sets CHOICE have tested in the past have had ‘variable results’. 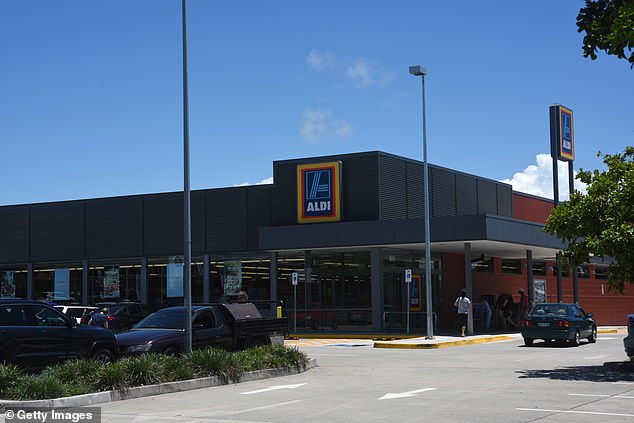 More specifically the Expressi Multi-Beverage Capsule Machine 595 received below a pass when reviewed and so the experts suggested you shouldn’t add it to your shopping list.

As with TVs, instead they said it’s best to stick with popular and well-known brands for coffee machines. 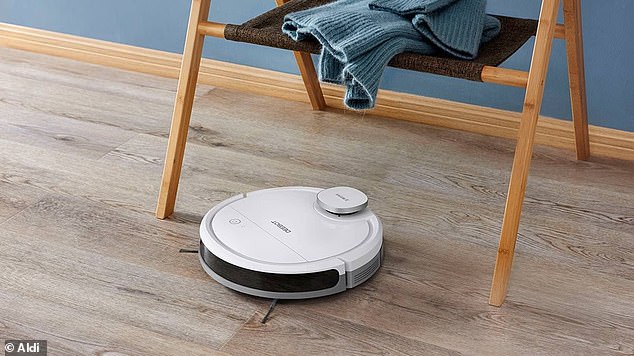 Despite the excitement of Aldi giving shoppers the opportunity to buy robot vacuum cleaners for a decent price, CHOICE can confirm the Ecovacs Deebot Ozmo 900 robot vacuum cleaner has made it onto their ‘best to avoid list’ due to the product’s inefficient cleaning ability

Earlier this month Aldi released a new robotic vacuum cleaner priced at $399 (instead of $999) as part of their Special Buys, which generated hype among shoppers.

Though despite the excitement and decent price, CHOICE can confirm the Ecovacs Deebot Ozmo 900 robot vacuum cleaner has made it onto the ‘best to avoid list’ due to the product’s inefficient cleaning ability.

On the CHOICE website the item scored just a 39 per cent recommendation.

Reviewed By This Is Article About Retail experts share the best and worst items to buy from Aldi was posted on Monday, March 23rd, 2020 have 4 stars rating.

On Wednesday, Aug. 26, the Clean Label Project announced a lawsuit against five …

Some people may say, “Don’t talk to me until I have had my coffee,” but wh…

QY Research added a new research report to its exhaustive repository. The resear…